Finally! FAT. For the ears!
The ingredients for FAT can be fond here: Gear List

Is the loudness war over? Do I need a loud or not so loud master? The answer is:
You need BOTH! And that´s the reason why you will receive two different masters.

Audio professionals like you and me know that the “Louder is better” myth is a trick on the brain. It’s not better it´s only louder and often over-compressed like white noise. It overwhelms our ears. But a loud track can get a lot of attention and for some situations still to this day - that´s exactly what we need. Therefore the first master you will receive is called "Mastered for Loudness" (MfL) and it delivers that attention getting loudness, competing with the loudest commercial releases at about -8 LUFS. It´s LOUD but it’s like a billion pixel photo, with every single little detail still crisp, full, rich and warm. "Mastered for Loudness" masters are intended for CD production, Soundcloud, DJ playlists and label shopping.

On the other hand you have streaming services, television and radio using their own loudness normalization. So there is just no need to over-compress in mastering to squeeze out the last db of loudness. Their normalization will just turn down tracks which are too loud to make all tracks play at the same volume. You will be happy to have a second master called "Mastered for Fidelity" (MfF) which is mastered at lower integrated loudness, is more dynamic and fully complies to the "Mastered for iTunes" (MfiT) standard. This mastering is intended for streaming services, television and airplay, High Res Download and Vinyl release.

As a free service we also create DDEX RIN files for your release (new industry standard for music credits) and publish them through our sound credit publisher license.

Depending on the amount of songs, complexity (stereo or stems) and how fast you need the master we can cut a deal, so please make an inquiry and get a custom quote for mastering.

After all details are sorted out you will receive a Paypal link wehere you can book the session and a textfile to enter all the song details for correct meta tagging and music credits.

After payment is received - (Thank you) - you'll be given a private Dropbox folder where you can upload your audio files. Reference tracks or briefing is welcomed.

Now you have time to listen and approve the final master. If there is something you would like to have changed like a fade out I'll revise and tweak the master to satisfy your request. I'll send back your reworked master. More than one revision in mastering is really seldom needed and after that it begins working against itself. It's happened before, trust me.

You will receive one "Mastered for Loudness" (MfL) version which uses all the loudness potential of your track and one "Mastered for Fidelity" (MfF) version which has lower integrated loudness and is more focused on keeping dynamics and fidelity. You will also receive RIN files for your release which is the new industry standard for music credits. 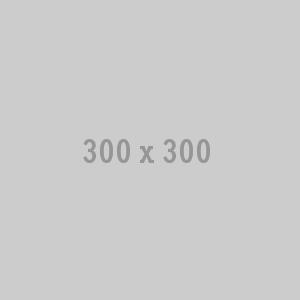 Fat is the answer. Here are the questions:

01 / Do you prefer a stereo track or stems for mastering?

I actually prefer a single stereo file which carry your vision of the mix. In mastering I have enough tools available to solve problems like turning up buried vocals. Stem mastering is only needed if there a severe problem in which case a re-mix is the better option than stem mastering.

02 / How shall I prepare audio files for mastering?

03 / What shall I do with my mastering Plugin?

Please leave the track unprocessed, there should be no mastering processing on the master bus. I am very sure that I can deliver a better result with my analog mastering chain so please don´t bounce the track with a limiter.

After payment you will be invited to join a shared dropbox folder, where you can very easily upload your files by simply dragging and dropping.

05 / How much does mastering cost?

Depending on the amount of songs, complexity (stereo or stems) and how fast you need the master we can cut a deal, so please make an inquiry and get a custom quote for mastering. It does not cost the world and I am very approachable so please ask!

06 / Are there any additional costs involved for the analog tape?

No, the usage 1/2" tape during mastering is all included. Only If you want to receive an analog master on 1/2" tape as the final deliverable you would need to pay for the reel and the shipping.

07 / How long does mastering one song take?

I only need about an hour for mastering a song so please stand by to approve the master soon after you received it. Turnaround time for a complete album is as little as 1 day.

08 / The final master? What format will it be in and how will I get it?

You will receive not one but two finished masters. The first is called "Mastered for Loudness" (MfL) and is intended for CD release, Soundcloud, DJ playlist or label shopping. This master uses all the loudness potential of your track and competes with the loudest commercial releases out there. The second master is called "Mastered For Fidelity" (MfF) and is intended for Streaming Services, Radio, TV and Vinyl release. This master complies to the "Mastered for iTunes" (MfiT) standard and is mastered with lower integrated loudness (LUFS). The final master files will be downloadable through Dropbox.

09 / How will we communicate during the mastering session?

Mostly by email... but you can, of course, also call me by phone or Skype or we can have a text or video chat. What I really need from you, however, is a detailed briefing via email before the mastering session begins and an email with feedback and revision requests, if you have any, after you receive master.